Censorship is defined as ‘the suppression or prohibition of any parts of books, films, news, etc. that are considered obscene, politically unacceptable, or a threat to security’. Censorship can be found in all types of media regarding many different issues. There is a lot of controversy over the topic of censorship because of our First Amendment of freedom of speech. Different things are offensive to different people which makes censorship even more controversial, because something you post could seem okay to you but be hurtful to someone else.

The type of censorship I am most interested in is the altering of an image, video, story, etc. to make it “less offensive”. I found an article discussing censorship that occurred during Super Bowl XXXVIII while Janet Jackson was performing during the halftime show. This scandal became known as ‘Nipplegate’ or ‘Wardrobe Malfunction’ because Justin Timberlake, who was performing with her, exposed her breast for half of a second which was being broadcasted live on CBS. This event led to an immediate crackdown and widespread debate on perceived indecency in broadcasting. The FCC fined CBS $500,000 over this event which led other TV stations to make things much more PG. There is controversy over this topic because some people believe that parents could simply explain the accident that occurred to their children who were watching it and explain that unexpected things can happen in life. Other people believe that their children were negatively affected by being exposed to a breast on television and contributed to the chaos of the situation. I agree with the people who explained to their children that unexpected things can happen at any time instead of just turning off the television and ignoring what happened. Here is an article with more information on this topic of censorship: 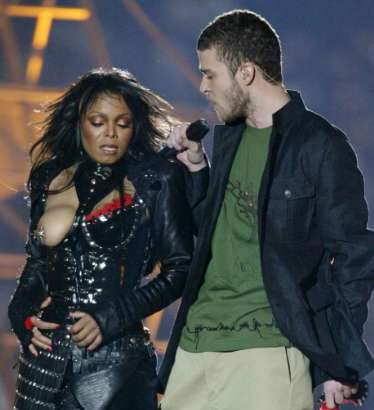 I think the forms of censorship that are most problematic are government related because they are the main source of censorship in the United States. I believe that some things should be censored, but I also believe that people can be too sensitive about certain topics. Everyone has their own views and opinions on different topics which makes it difficult to decide what should be censored and what should not. I am most interested in learning more about what constitutes as something that can be censored and something that cannot. Specifically, I am interested in learning about famous people such as influencers, singers, actresses, etc. and what things they do or say that get censored and how it affects their careers.