Subliminal messaging, a long history of mental manipulation in advertising exists that controls consumer behavior, often without the viewer’s knowledge, dates back to 1957. There are many forms of subliminal messaging, but the tactic is mostly used in advertising. Many marketers will plant a hidden message in an advertisement that is below the audience’s threshold of awareness, thereby creating a sense of control on the viewer, without them even being aware that they are being influenced for the company’s benefit.

In 1957, James Vicary and Frances Thayer, two market researchers conducted an experiment where they presented “Eat Popcorn” and “Drink Coca-Cola” several times throughout a movie screening (for 1/3,000 of a second, every five seconds) to more than 45,000 people throughout a six-week period. Believe it or not, even though 1/3,000 of a second is quicker than what the brain can consciously acknowledge a stimulus, there was a 58% increase in popcorn sales, and a 18% increase in Coca-Cola sales. When news came out surrounding the use of subliminal messaging correlating with an increase in  revenue with respective products, many advertisers wanted to try it out for themselves. 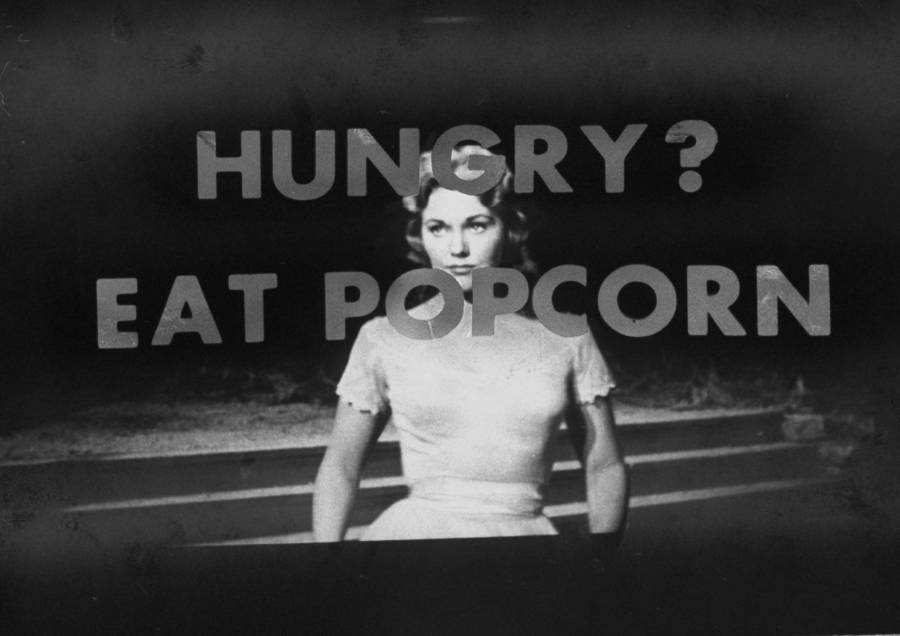 According to Vicary and Thayer‘s study, displaying “Eat Popcorn” and “Drink Coca-Cola” at speeds that were too quick for the brain to recognize, caused a spike in popcorn and coke sales in 1957.

Focusing on who to target these subliminal messages to was a big question for marketers who were early-adopters of this new technique. The question came down to: Who is the easiest group of people to manipulate? The answer: Children. The idea of inserting subliminal messages in advertising and media to children is to not inadvertently present inappropriate concepts to the young audience, but to overtime build up a sense of normality to sensitive topic’s in the brain of a young child. This can present ideals of gender roles and stereotypes to young children from a very early age. Many subliminal messages will be found in their daily activities, including in movies and TV shows they watch, commercials and banner ads they may come across on TV and social media platforms, as well as in the video games they play on their mobile phones or video gaming software. Disney and Pixar have long been under fire from critics that claim movie producers have applied subliminal messages that consist of explicit content that children should not be seeing. Several examples are highlighted in the clip below.

I believe subliminal advertising to children is where advertisers should draw the line. According to Allthatsinteresting.com, research proves that subliminal advertising can be effective in various applications, and will create a lasting impact on its viewers. With children having a deep-rooted ideology of imitating and even modeling other’s behaviors, it is a fact that if they are being presented with negative messages unknowingly, the impact on their behavior over time can be of concern to parents. The hardest thing for parents is that it’s not easy for them to censor their children from these subliminal messages due to the fact that they’re hidden throughout the child’s daily activities. It’s nearly impossible for a parent to protect their child from being affected by subliminal advertising.

There is a positive side to subliminal advertising, when done correctly, that can increase revenue for companies and often will prompt a laugh or positive feeling from viewers. The idea that “sex sells” in advertising went viral back in 2010 in the marketing world, when a company called Diesel applied the saying to their print ad, stating “Sex sells, unfortunately we sell jeans.” The idea of sex selling in advertising, forms from the fact of how much the average person thinks about sex on the daily. Based on a study from The Journal of Sex Research, on average, men think about sex 19 times a day, while the average woman thinks about sex 10 times a day. If people are thinking about a single topic this much in one day, advertisers began to wonder if it were possible that applying this topic to advertising message, even subliminally, would promote further growth in sales.

While applying subliminal messages that have a sexual meaning to advertising can be offensive to some, as I had highlighted above, it can also have great benefits on sales when done correctly. A few good examples of sexual subliminal advertising all have two things in common: That is keeping the humor of it light-hearted and creating the sexual content to not be derogatory towards women and men alike.

The meaning behind the traditional phrase “sex sells” is correlated with the main goal of many marketers, which is to catch an audience’s attention. Sex stimulates, for most people, a positive feeling in their brains. Advertisers need to be conscious though about how they situate the idea of sex with the product they are marketing. Pairing sex and advertising can be a sticky concept, but it can really depend on what you’re selling. The most appropriate way for most consumer goods to be marketed in a sexual context is to pair them instead with the concept of sexiness rather than the act of sex. Clothing and intimates, perfumes and colognes, cars, and makeup can promote an elite kind of status that elicits sexiness in the user of the product. Examples of the traditional type of advertisements that promote sex are shown below. 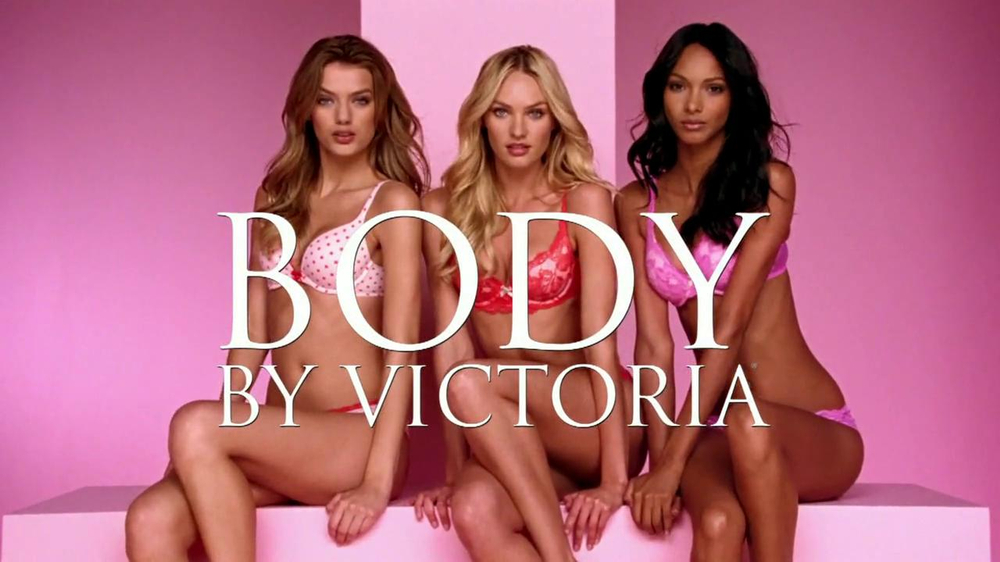 If advertisers could find a way to use subliminal messaging that promotes sexiness, it could both catch the audience’s attention, but also keep the brand correlated with the message in the back of the consumer’s mind. The balance of promoting sex in a positive way that creates benefits for both the company advertising a brand, and the individual viewing the ad, is something that could be great for the marketing industry. As someone who is going into marketing/advertising myself, I think acknowledging that there are ways to pair advertising and sex that don’t offend the audience is important.

View all posts by bcsmithblog

2 thoughts on “The Good & The Bad of Subliminal Messaging”